Published summer 2010. 40 of the best new fiction titles published as a set of five posters and a booklet for subscribing secondary schools in Tower Hamlets.

Where the streets had a name

To save her Grandmother, Hayaat needs to get to the other side of the wall that separates her Bethlehem home from Jerusalem – it’s a short but very dangerous journey.

London girl Makeeda is crushed when she has to spend her summer holidays visiting relatives in Ghana. Then she starts to learn about herself, reconciling her two cultures, and maybe finding true love where she least expects it.

Near an army training ground readying itself for Iraq, Liam and Max follow a jackdaw to an old farmhouse and discover an abandoned baby. They wonder if the bird led them to the abandoned baby in the old farmhouse on purpose, and so follows a story of good and evil, innocence and betrayal.

It’s 1776 in New York and Isabel’s cruel owners sell off her sister Ruth.  Furious and grieving, Isabel agrees to spy on her Loyalist owners, risking her future for the sake of a better life.

Nyssa has a tattoo that may explain why she was orphaned as a baby, but it shows only one half of the message. Her future depends on finding the other half, and with it the truth.

200 years in the future sea levels have risen to cover most of the land. The ‘Tekkies’ barely survive on their dying technology. Does the answer to rebalancing the world lie with the girl, Rain, or is there no turning back?

Will has an accident and loses his memory. As he pieces together his life he realizes he has enemies, a lot of them, and something terrible is happening in town. Now he must find answers before it’s too late.

Nick’s brother Alan has been marked by a demon. Only Nick can save him, but on the way he’ll battle magicians and encounter things he’d never dreamed of.

Melisande is the daughter of a minstrel of King Charles of France. The prophet Nostradamus trusts her with some very special parchments, and she must protect them and evade her enemies until the massacre on St Bartholemew’s night changes everything.

Two years ago Dawn’s father said he’d found God and then disappeared. Dawn isn’t sure God exists, but she’d sure like to kill him.

Growing up with the knowledge of how your mum and sister died is the stuff of nightmares, but somehow Lauren has to learn the truth and how to live with it.

Gemma thinks Ty is pretty cute when he helps her out in the airport coffee shop. Then he drugs and kidnaps her and holds her captive in the Australian outback. She must try to escape while he attempts to convince her that she’s already home.

Ruby looked after her mother for years, until one day her mother disappears. Claimed by her sister, taken to a gated community and enrolled in a prep school, can Ruby see past first impressions and defeat her insecurities?

There’s a gunman in the building and Mia has a horrible feeling she knows who it is – her brother has been acting very strangely recently, but can she get to him in time?

Neesha hasn’t spoken since her father died. Her childhood friend Sammy and a newly-discovered love might save her, but nightmares about another girl, long ago and far away, threaten to overwhelm her and force her to replay a tragic story.

Running on the cracks

Leonora is a runaway, hiding from her bullying uncle and trying to discover the secret of her Chinese father’s family feud while living on her wits in Glasgow.  She’s helped by a colourful cast of characters in this taut thriller.

14-year-old Peter is orphaned and recruited into the Hitler Youth, but he doesn’t want to be a Nazi, and he risks everything to help bring to aid to persecuted Jews still surviving in Berlin.

Nobody Owens is a perfectly normal boy, except that he lives in a graveyard, raised by ghosts, and his family was killed long ago by a mysterious man named Jack. Rudyard Kipling’s The Jungle Book, with supernatural creatures instead of animals.

Every person over 15 years old suddenly disappears from a small town in California. Cut off from the outside world, some survivors have mutant power and the future might now be in their hands.

The Return of Johnny Kemp

Dan got Johnny Kemp, the toughest kid in school, expelled. Now Johnny wants revenge and no one else is watching. What will Dan do?

Last year Freya’s older brother died in a boating accident. But Freya isn’t sure it was an accident, and upon returning to the island she will have to work out what happened and save herself and her family from the grief that torments them.

Newes from the dead

The true tale of a girl who survived the gallows. In 1650, Anne Green was sentenced to death when she could not prove that her baby had been stillborn.

Rile Rose doesn’t want to go to summer camp. But the friends she makes and secrets she discovers make it a summer that changes her life.

When 18-year-old Fin Carpenter sees a body falling from a bridge he’s convinced that it wasn’t an accident. But the more he investigates, the more he discovers that there’s something rotten at the heart of the remote island community where he lives.

15-year-old Nina has been a vampire since 1973 and she hates it. But now an unknown vampire slayer is threatening her and those she loves, and she’s thrown into a quest to save them while “life” gets a lot more interesting.

A tragic accident leaves Aubrey alone. She thinks she can survive that way, with television and Spaghetti-Os, but the love of her Grandmother and new friends helps her heal and rejoin the world.

Poppy Fields didn’t believe in ghosts until she visited a remote Scottish island and people started dying. She and her new friend Graham must find out if it’s a spirit taking revenge, or something even more sinister.  After this, read Dead Funny, Dying to be Famous and The Head is Dead

Nine-year-old Rafiq is recruited and trained to kill by Kashmiri Freedom Fighters who raid his village. His sister Jameela keeps his memory alive. Will they even know each other when they finally meet again?

Sarla, a Londoner, spends the summer with her cousin Bina in Daroga, India. When Sarla learns that Bina has a deep, dark secret – concerning her mother, a murder and bandits in the surrounding hills – she is determined to find out exactly what it is.

How can a gay New York lad fit in in rural Kansas? Sprout finds out that it’s actually not that hard!

A regular kid, 15-year-old Khalid from Rochdale plays war-like video games with his friends. Then he’s kidnapped and tortured by security forces until he signs the pre-prepared confession, and held in Guantanamo Bay for 2 years without charge.

The gang were bored and wanted something to happen, but none of them expected a real-life dead body with a missing eyeball! Soon the mystery of who killed Herman, owner of the giant pickle factory, becomes a crazy adventure.

Paul has been taught that homosexuality is a sin, and he and his girlfriend seem good together. When Manual joins the school, an openly-gay Christian, it forces Paul to re-evaluate his views and his sexuality, and to take a stand before the bullying gets out of control.

After a boy at her school takes his own life, Wiccan teen Kimberly (a.k.a. Skim) journals her reaction to the suicide, the drifting away from her best friend and to falling in love for the first time – with her teacher.

Teen runaway Sam needs a place to disappear, and 10-year-old Bohemia is desperate for a home. But everyone has something to hide at 33 Georgiana Street. Full of streetwise Londoners, this is a sharp look at unlikely friendships and making things right.

The Happiness of Kati

Thailand, and every morning Kati is woken by the clatter of Grandma’s spatula and every night she goes to bed wishing for her mother. Beneath her peaceful life is an undercurrent of mystery. Why has her mother stayed away for so long, and where is the father Kati has never known?

After his mother remarried Miles went to live in New Orleans with his father, but they don’t get along. Hurricane Katrina hits and they must survive together in the Superdome, making choices that will change their lives forever.

Jem can tell the day you’ll die by looking in your eyes. On a day out with her friend Spider she witnesses a disaster that she knew would happen, and then they’re on the run for their lives. 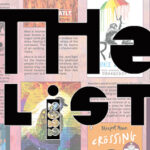 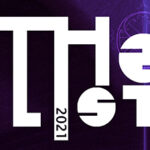 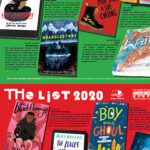 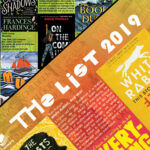 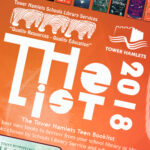 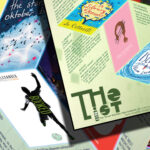 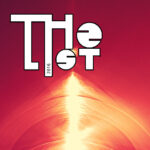 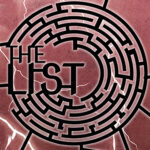 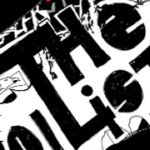 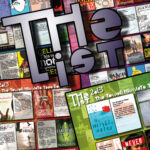 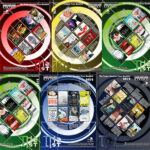 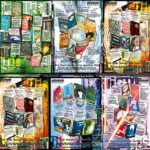 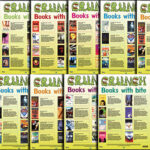 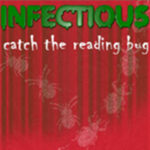 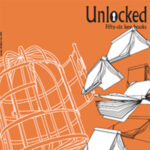 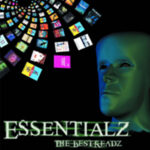