Contemporary Arab Arts in the curriculum 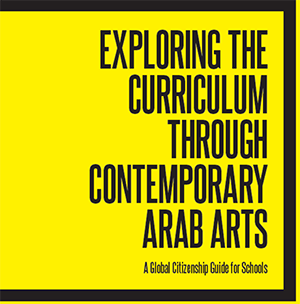 The Arab British Centre and HEC Global Learning are delighted to introduce their collaborative education resource, Exploring The Curriculum Through Contemporary Arab Arts: A Global Citizenship Guide for Schools, launched in July 2019.

Over nearly 2 years, the Arab British Centre and HEC Global Learning have worked together and in schools to develop this resource which supports teachers with references to and examples of Arab arts and culture, all of which can be used within the National Curriculum. We’ve worked extensively with teachers themselves to devise this resource, which aims to showcase the diversity of the region, and the positive, contemporary contributions to arts and culture that artists from the region are making, from feminist hijabi rappers like Mona Haydar, to city-wide calligraffiti by El Seed.

In September 2017 a YouGov poll commissioned by the Arab News and the Council for the Advancement of Arab British Understanding illustrated worrying attitudes and misunderstandings of Arabs and Muslims in Britain. Of the 2142 British voters polled in the survey, 63% stated that they believe Arabs have failed to integrate themselves into British Society, and 41% believed that their presence has not been beneficial. Despite these strong opinions, 81% admitted that they knew little or nothing about the region. This Education Resource aims to provide a counter narrative to prevalent negative stereotypes, and introduce children to the Arab world in a positive way which encourages thought and understanding of all the globe’s citizens.

Featuring resources and exercises for subjects including Literacy, Numeracy, Geography and more, the pack is specifically targeted for Key Stage 2 learners, but is adaptable to children – and adults! – of different ages and educational needs.