There are plenty of picture books about toys, but some of the best are undoubtedly the ones that feature lost toys.

The fears surrounding the loss of a favourite toy can be vivid and myriad. For the child, their toys are often the most precious things in their life (sorry, Mum and Dad), and loss of a toy is a special dread. One of the most powerful memories of my own childhood is of the time I left a beloved red matchbox sports car in a pub beer garden aged five or six (no, it wasn’t because I’d had a pint too many). I only realised that I’d left it there when we’d walked half a mile back home and my Dad had to run back to try to find it. He returned it to my tearful younger self, along with a story of how he’d found it on a picnic bench, being looked after by a group of hairy, beery, leather-clad bikers who’d been arguing over which of them the car belonged to. And from this day on, I’ve never felt intimidated by Hell’s Angels, because they’d taken care of my favourite toy..

It was only when I became a parent myself that I realised that the trauma of the lost toy also affects the adults, for what can be done to calm the screaming child when the thing that gives them the most comfort is missing? And instead of getting to work or bed on time, the future only holds hours of tearing appart every piece of furniture in the house, and desperately re-tracing steps, and attempting to interrogate said child to find out where they left the wretched thing. For me this has involved rooms turned upside down, and a late-night trip to the train station to check that Candy Cat wasn’t lying on the tracks or  kicked under a bench covered in spilled takeaway.

The concept of losing something precious is an important one to get to grips with, and so I’ve chosen a selection of books that I feel raise this topic in interesting ways.

Nothing by Mick Inkpen 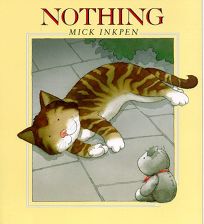 Nothing is an often overlooked book that deserves a little more attention. It’s a sweet little story about a scruffy and damaged old stuffed toy, it has forgotten who or what it is, and is left alone and unloved in the attic of a house when the owners move. The owners’ cat – less concerned (as cats are) with being left behind by the family –  helpfully carries him to their new house and deposits him with the grandfather who recognises ‘Nothing’ as his old stuffed toy kitten, Toby, lost many years ago. Nothing is lovingly repared and given to the family’s young baby who takes to Toby instantly.

Nothing is a simple story but a lovely one that shows how the importance of a favourite toy can cross family generations and bring back so many memories, and how toys can live on beyond their original owners. To explore this theme further, The Toymaker by Martin Waddell is also a good choice. 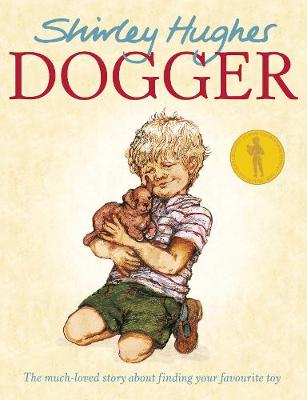 A classic – Dogger is as much a vehicle for Hughes’ signature mastery of observational drawing, as she captures the daily life of the children and their families. The timeless quality to her artwork never ceases to amaze me, and she seems to have an uncanny ability to capture scenes and settings that even over 30 years later are perfectly recognisiable. Dogger gently introduces a great deal of drama into the loss of a toy, and children will easily identify with Dave as his family try to cope with the loss of his beloved stuffed toy. What’s really interesting is how Hughes introduces concepts that are often not addressed, such as when Dave tries to get the toy stall lady to understand that Dogger is his, and he is either ignored or can’t make himself heard. It’s a small injustice, but one familiar to any child who has failed to get an adult to understand just how important something is to them, despite how trivial it may appear. Interestingly, this injustice is not ‘solved’ – Dave loses Dogger and it takes an act of extraordinary generosity to get his toy back – though in turn the reader learns that it’s not neccessarily the biggest and best toy that really matters, it’s the one that means the most.

Hughes tackles similar themes with ‘Bonting’, the story of Alfie and his pet rock that goes missing on the beach, though this equally lovely story is much harder to find these days. 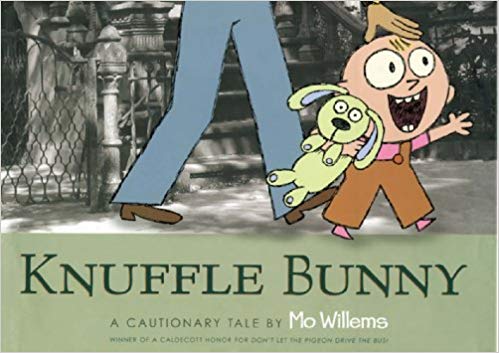 Knuffle Bunny deals with the child’s unique expert knowledge of their toys (and conversly, the ignorance of the average parent). In the first book, the titular toy is left behind in the launderette while the toddler is left to try to explain this to dad – resorting first to baby talk and then to a tantrum. The sequel deals with a mix-up between two identical Knuffle Bunny toys at nursery, where each child’s parent takes the wrong one home. To an adult they’re indistinguishable, but to the toddlers it’s a catastrophe of epic proportions.

These are light-hearted reads and while they don’t have full-on audience participation aka Willems’ Pigeon series, there’s plenty of voice-acting laughs to be had.

The Paper Dolls by Julia Donaldson (art by Rebecca Cobb) 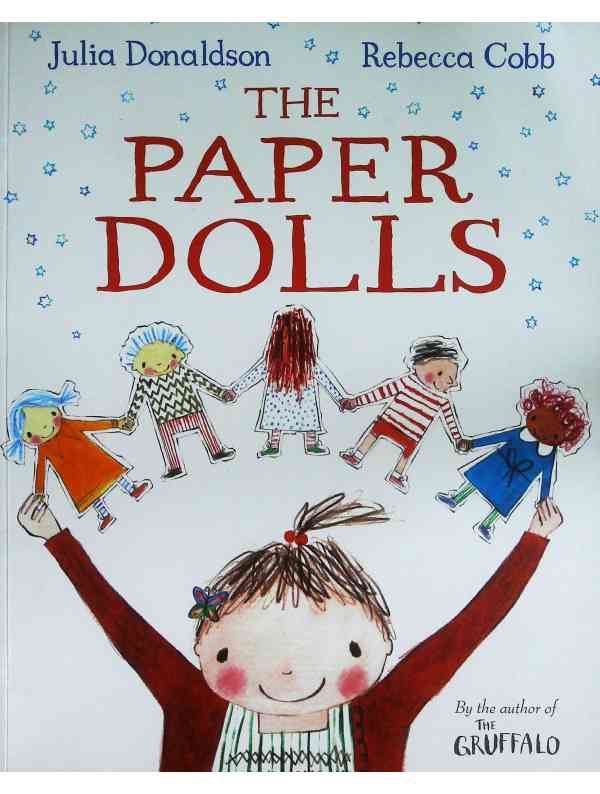 The Paper Dolls is about impermanence and loss on many different levels. But it’s a lovely story for all of that, and beautifully illustrated by Rebecca Cobb. The dolls themselves are fragile, delicate things – the product of an afternoon’s craft play with a parent, and the choice of these dolls for characters is no coincidence, and they’re one of the best metaphors I’ve seen in children’s literature. We know these are just disposable scraps of cut and coloured paper, but they’re made with such love that they’re imbued with life and personality, and so immediately we form not just an attachment but a sense of protectiveness. There are themes here not just of love and care for a toy, but of love and care for a life in a dangerous world.

When the Dolls themselves are innevitably lost, we’re subtly introduced – through their journey into their owners memory where they now exist, alongside a lost grandparent and long-gone pets – to not just the concept of bereavement and mourning, but of being able to overcome loss. This is where Paper Dolls stands out, the child in the story learns that things can be lost but still remain, and not only that, but – when she grows up and teaches her own daughter how to make her own paper dolls – that new things can be created that are just important and that life will go on. 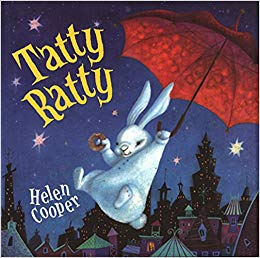 Tatty Ratty is lost, and (spoiler alert) isn’t coming back. Whilst I do think that for subtext and metaphor, Paper Dolls is the better book – especially in regards to the ending – Cooper’s book, though, shines at approaching the ins and outs of helping a child through the loss of her favourite toy. Molly is very worried about her toy bunny and where he is, and thorughout the book, with her Mum and Dad, she invents a series of stories about the adventures he’s having out there in the wide world. Starting off worried, Molly’s vision of Tatty Ratty gradually becomes braver and more confident, mirroring her own acceptance of him being gone. I’d have been happy if the book had ended on this note, rather like Paper Dolls. However Cooper (or perhaps her editor), decided that Tatty Ratty’s final adventure would be to return home, in time for the following day when Molly is taken to the toy shop to find ‘Tatty’ waiting for her.

Personally, I feel this is a little too much of a ‘and she woke up and it was all a dream ending’, and de-values both her own and Tatty’s journeys through the book. It also implies (an this makes the book a bit of an odd-one-out) that toys are replaceable. In Paper Dolls, Donaldson cleverly makes the second string of paper dolls different to the first – names and all – but Tatty Ratty is one and the same. Knuffle Bunny Too is all about how children have an unbreakable bond with their toys, that no replica can replace.

I know of no other books about dealing with loss that end in this way, and it makes it difficult to be relevant to any other topic than ‘toys’, whilst Paper Dolls especially would be an ideal recommendation for someone wanting an early book that could help a child approach the loss of a pet or a family member. On the other hand, perhaps Molly’s acceptance of her new toy simply emphasises that it’s her imaginary friend version of Tatty Ratty that’s important, and that any toy can stand in to represent him, but if this is Cooper’s intention then perhaps the story would have been more powerful without the last three pages, and had left Tatty zooming out there in Molly’s imaginary world.

Anyhow – feel free to comment and discuss! Do lost toys books really have this much hidden depth, or am I overcomplicating things?